This is a copy of the games room post I’ve already made. I thought it would be nice to keep it up permanently on the homepage so people can nosey at my collection without having to search around for it. Enjoy!

Before I start, you need to know a few things. I have, and have always had, quite a low-paying job. Everything here was either saved for, been around since my youth, or bought as a bargain. This is actually our second bedroom, spare at the moment so I’m making the most of it!   This room has a total of 8 Wall sockets. I run extensions from 7 of them, so everything stays plugged in at once.  I HATE swapping wires/plugs.  Ready?  Let’s begin.

First up is my main bank of consoles/systems. The Amiga and the clear green N64 are only guests on this table, when powered on they show up on the big CRT TV on the next pic. My Xbox one is hooked up to my PC for HDMI Streaming, and My Xbox, PS2 and PS3 run through a router connected to PC for FTP.  Xbox 360 is a limited edition, Resident Evil 5 RED Elite console.  Spectrum  has been fitted with a composite video mod, for a clearer picture, and that little clear cube is my Ouya! 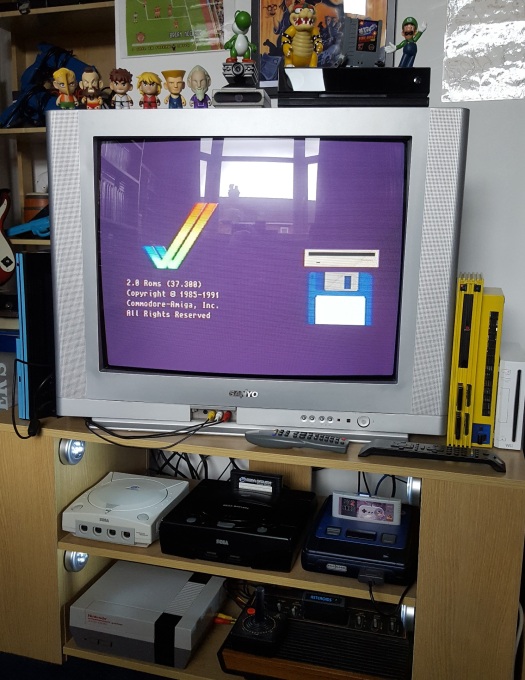 Next is my CRT setup, and you may be realising I’m bored of black/white/grey consoles! See the light blue PS3 on the faaaar left? That, and the softmodded Wii show up on the flatscreen TV. Front and centre of this pic is my pride and joy: multi region modchipped 50/60hz Saturn. As well as a very sexy midnight blue SNES,  Bright yellow PS2, a freshly-cleaned NES and a dreamcast that never fails. (Knock on wood!) Speaking of wood, behold my Atari 2600 Woody!  Again, that’s composite modded so there’s no faff with tuning it in.  I love the fact that the Kinect sensor sits next to the super-scope sensor on top! Both this and the flatscreen have a decent SCART/RGB selector plugged in, no switching cables EVER!

Next, we’ll take a break from Hardware. This is games shelf number 1. Saturn has pride of place as usual, but I think you’ll agree that the megadrive collection is getting quite serious down at the bottom!  I love the way the Dreamcast and PS1 games flank the rest.  You don’t realise how much is there until you look properly!  The aim of this room is quite simple:  To have as many great games available to play as possible!

This room has a very odd alcove…. so I filled it with a beer fridge! Currently stocked with Fosters and Coke! Oh, this is also peripheral valley. Stored here are 9 Lightguns (!), 3 Guitars, a flight Stick, a racing wheel, 2 multitaps and the Bazooka-like Snes Scope! DC controllers are peeping out from behind my Amiga games. Zipstik joysticks (top shelf) are the BEST. 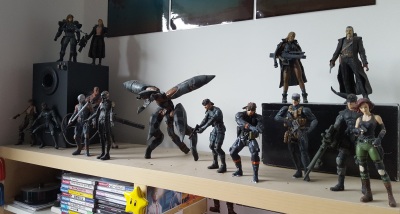 Some action figures next.  Not much to say about these, apart from bragging about my WORKING PIP BOY!!  I’ve had the Metal Gear figures forever.  The big one in the middle is made from parts that come with each figure.  There can’t be too many of these around in 2016!

Game shelf number 2 is up next.  Big box Amiga games look great on here, and the Xbox One selection is ever-growing.  LOVE the 3DO long box games on the top left!

Wow this is getting long. In the back corner of the room we have another CRT with a CD32, PS1, Megadrive, Mega CDand Master System.  As well as the grandad of the room, a Binatone Pong machine from 1977!  The black thing on top is a gear VR headset!   So the past and the future collide on one table!  Sums up my games room nicely! 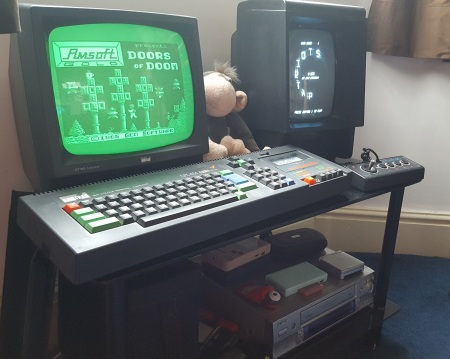 The original Amstrad, my very first sytem growing up.  Had to retrieve it from Andy’s loft, and send it away for repairs, but it runs great.  Next to it is the Vectrex.  A console older than me, yet I didn’t know it existed until 2012.  And then I HAD to have one.  Handhelds are gathered underneath, with a VCR for my capture card! 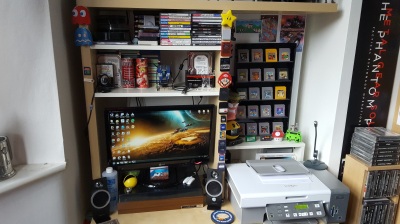 We’re winding down now…. this is the nerve centre of my operation. The humble desktop PC.  It streams video to my Xbox One via HDMI, and several consoles are connected with ethernet for transferring games and stuff.  Note the hard drive caddy on the middle shelf, with 3 extra drives connected.  And some rubbing alcohol on the bottom left, great for cleaning dirty cartridges!  And Claptrap.  Because Claptrap.

I’m going to drop the final few images in a nice little gallery I think, because the post is getting realllly long.  So here’s a brief description! 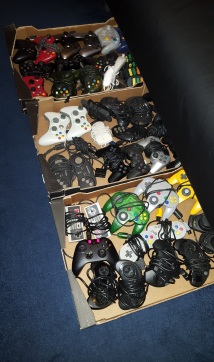 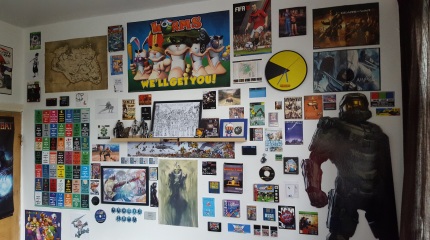 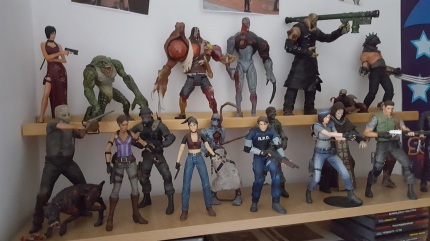 Thanks for taking the time to look through my collection, I hope you’ve enjoyed the tour!  This room has been a long time in the making, it’s my hobby, and my passion!

One thought on “My Games Room!”