To celebrate the latest milestone in my ageing process, my wonderful fiancée Katie had planned a surprise trip out for me. Even better, my good friend Dale also agreed to tag along. I haven’t seen him in forever, so it was a good chance for the three of us to catch up.

We’ve spent the day at the Arcade club in Bury. It was only a short drive from here! By their own admission, this is the largest collection of Arcade machines and Pinball tables in Europe. I have no reason to doubt that fact.

For the flat entrance fee of £10, you get access to over 200 machines, all on Free Play, as well as games consoles and an Oculus Rift headset! Now that’s what I call value for money!

We had a little trouble finding the place. Arcade club is located inside an old mill on an industrial estate, and until you’re right on top of it, there are no signs around to guide you. We finally located the entrance, and rode in a lift from the 70s with a transparent ceiling. (Things were already starting to feel retro!)

Once we’d paid and strolled in we surveyed the scene.  Row after row after ROW of tall arcade cabinets, bright glowing marquee displays, and the unmistakable sound of my miss-spent youth!  Katie and Dale were already excited!

We decided to have a look around, and take in our surroundings. 20 seconds later, I spied the classic Teenage Mutant Ninja Turtles arcade game. So much for walking around! The machines really were on Free Play, too. You could have as many credits as you liked, and not having to worry about loose change or how much i was spending was a GODSEND. Turtles was as much fun as it always is, and was a great way to start the day. The three of us smashed the first level, and only surrendered at the boss on the second stage. We were eager to see what else was available, so we left Beebop to snort in victory.

We wandered around, splitting up and trying out different machines. We’d join back up every 10 minutes or so and maybe play something together. A firm favourite was Ivan “Ironman” Stewart’s Super Off Road. The little cars zooming around with fantastic handling, with three steering wheels for three players….. This is arcade perfection.

The choice of titles was HUGE. You had the oldies like Galaxian, Defender, Pac Man, Space invaders, then 90s games like Mortal Kombat and NBA Jam, all the way up to titles like Crazy Taxi, Tekken Tag Tournament and House of the Dead. You could just flit from one machine to the next…. and with only one or two exceptions, I never had to wait to get on a machine.

Arcade club is very well laid out. They really make use of every single square inch of space, with machines lining the walls and snaking around, and some dotted around the centre. Through a doorway at the end of the hall is a fully stocked bar, which also serves snacks, burgers and ice cream!  There were consoles dotted around the place too, mostly PS4s. But we DID find an N64 set up on a huge TV, complete with Mario Kart and 4 controllers, with a comfy couch to sit on while you played.

(Pause for breath!) I could just live in this place.

We carried on for a while longer. I logged a high score on the Asteroids machine, which i was pretty proud of. And Katie really enjoyed reliving the Dreamcast glory days with Crazy taxi!

We broke for lunch, toddling off into the blazing sunshine. This IS September, right??

Coming back in I had a great race with Dale on Outrun 2 – Neck and neck for the longest time. Katie and I played Metal Slug (because I ALWAYS go for Metal Slug!) And we were highly amused by a gun toting Donkey!

We also tried out some pinball tables. I’m not the biggest fan, mostly because I suck at pinball, but it’s free play, so why not?

I also got to try Oculus rift VR for the very first time, and do you know what it was running? Retro Arcade! The irony was not lost on me. Wearing the headset, I was playing Street Fighter II, in a virtual arcade, in an actual arcade! Those who’ve been following the blog for a while will know exactly what Retro Arcade looks like.

I’m aware this post is running quite long, so I’ll drop in some other highlights:

I WON the tag team Championship belts in WWF Wrestlefest! 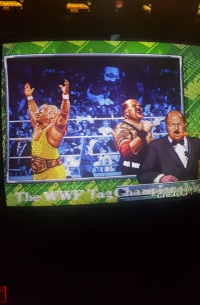 Dale tried to get to grips with Paperboy – Not an easy task!

I owned at Mortal Kombat, pulling off Death Moves like it was 1994.

We had a really nice chat with one of the regulars at the club too, reminiscing about favourite machines, and the future of gaming in general. Apparently Arcade club is considering an expansion, where they would occupy a second floor. The owner has loads more machines sat in a warehouse, just waiting to be set up. And my mind boggles at the possibility!

Not pictured was Silent Scope, one of my favourites. Staring down the scope of my sniper rifle, sighting the bad guys and squeezing the trigger at just the right time is so much fun, and makes me think I may have some deep-rooted issues! Dale and I also enjoyed a head-to head on Sega Rally, an all-time classic.

I could go on name-dropping games forever. The whole day was so much fun, and i would highly recommend Arcade Club to anyone who’s in or around Manchester. We’re already planning a return visit, with my buddy Mike and Dale’s son Riley in tow. It’s excellent value for money, and an opportunity the arcade hits of days gone by.

My games room has thousands of games ready to play, but there’s something special about real Arcade cabinets that simply can’t be emulated.

Their address is http://www.arcadeclub.co.uk go take a look!

I’ll throw some more pics in a gallery. Until next time! 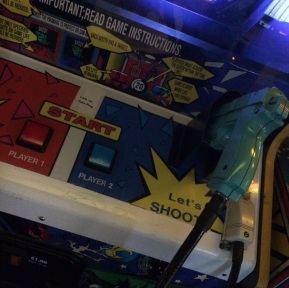 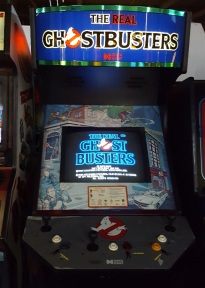 Who you gonna call?

The most random game… 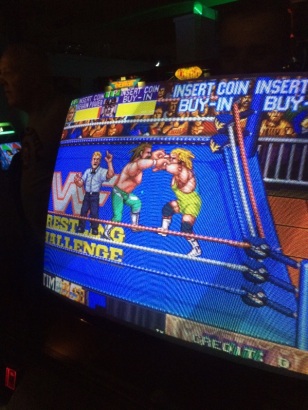 Taking Outrun for a spin! 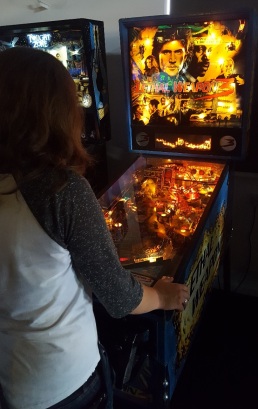 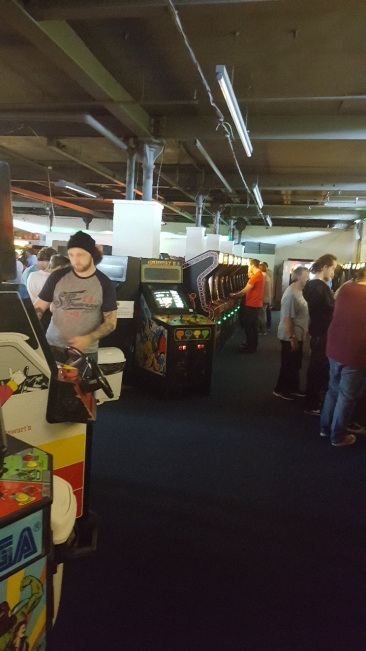 The size of this place… 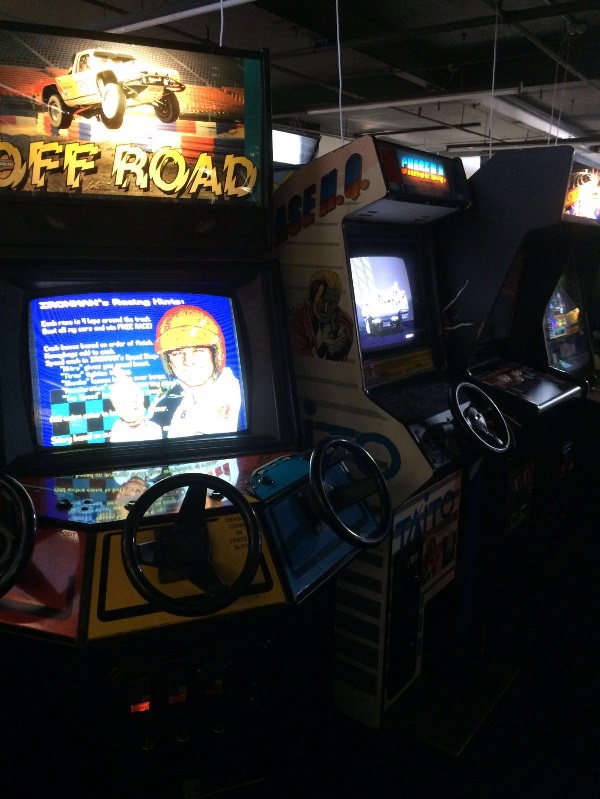