You guys are certainly creative!

This will be my third post about Pokemon Go, and I’ve decided it will be my last for a while. Although I continue to snare every little critter I find, and I’m still loving the game, I want to mix it up a little here on Load/Error, and give some other games (and their systems) some love.

With that being said, here’s the latest update!

Last time I mentioned Pokemon Go, I was level 14. Missing out on a Blastoise had left me gutted, but I was still upbeat about the game, having my first foray into Gym battles and hatching some nice new Pokemon.

Wow does that feel like a long time ago!

Today my character is level 23. I have 109 different species of Pokemon in the bag and the list of those I need to capture is getting smaller by the day! 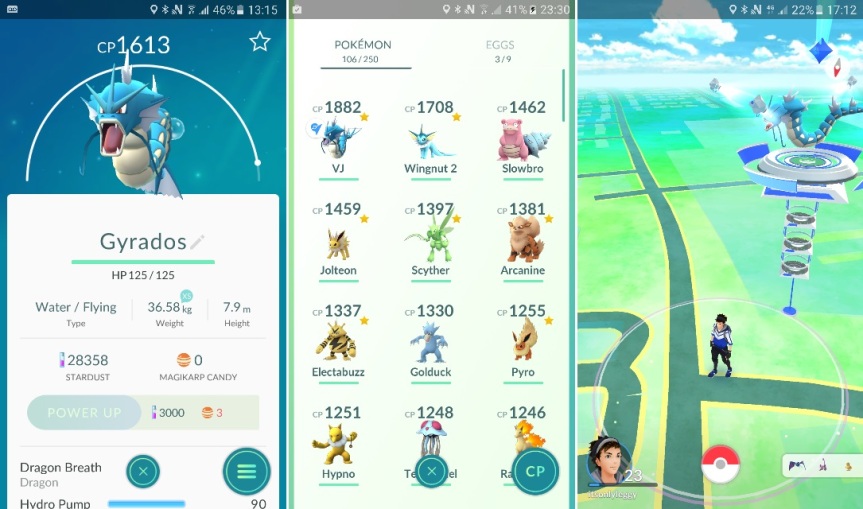 I finally caught enough Magikarp to evolve my very own Gyrados. This was THE challenge I prioritised above most for the longest time, and what a reward I got at the end. Gyrados (renamed VJ after Vickie and Joanne at work) continues to be my strongest Pokemon and is currently guarding the Gym near my local KFC. Trainers beware!

The most recent highlight was a trip to Scarborough. We went for a long weekend, and in between catching up with my best friend, paddling in the sea, and taking in the wonderful sights of Whitby and Robin Hood’s bay, Katie and I discovered that Scarborough WAS Pokemon heaven. I caught some rare beasts including Charmander, Pikachu, Raichu, Aerodactyl, and Kabuto! 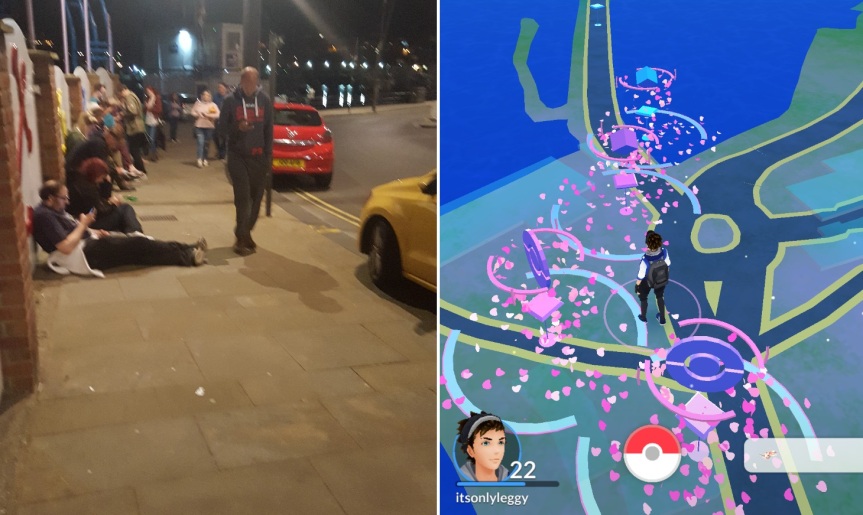 Some of these came from “Pokemon Corner” a small area of the town where around 50 people had gathered to sit and play this game. It was so surreal! There were 4 Pokestops in this area and the people were using “lures” on these, which made it an excellent spot for everyone to catch as many Pokemon as they could. There was a friendly atmosphere, and I imagine some of these people were regular visitors. Friendships may have formed between players, who would have been complete strangers otherwise. I’ve played a LOT of multiplayer games before, but this is a totally new way to do it!

The first time I looked at Pokemon Go I asked you to send me your silly/funny screen captures while you were out on your own adventures. There were no solid rules, I just wanted to see what you could come up with!  I’ve had some cracking submissions, and I just wanted to thank everyone who participated. A special thanks to my friends from the Team Mystic Manchester facebook page!  Team Blue, through and through!

Have a look at the gallery, and I’ll announce the winner below! 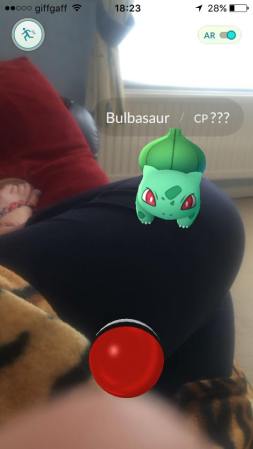 My good friend Vicky trying to chill out at home and getting rudely interrupted! 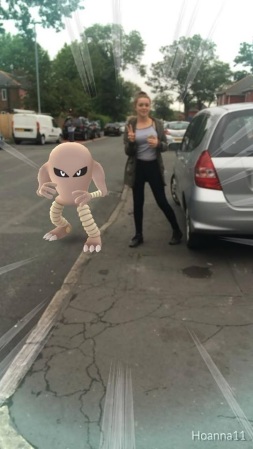 Now THIS is an action shot! 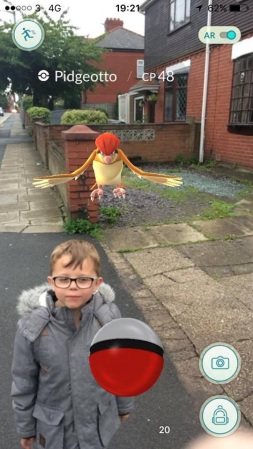 Pidgeotto swoops down – Watch out Jayden! 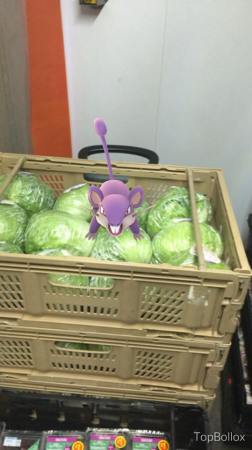 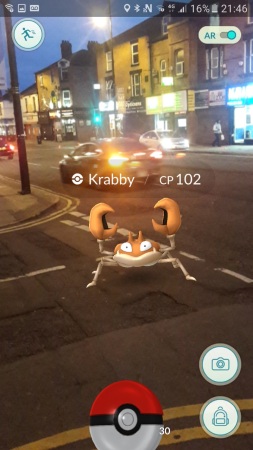 You’re a loooong way from the sea, Krabby! 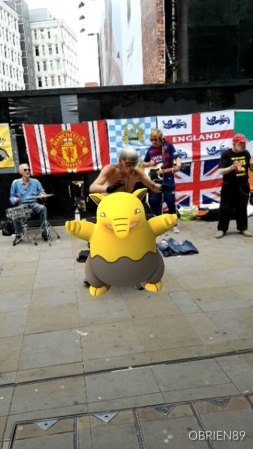 Courtesy of Robert from Team Mystic: The Drowzee Drumkit! 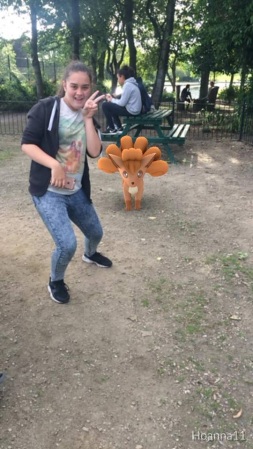 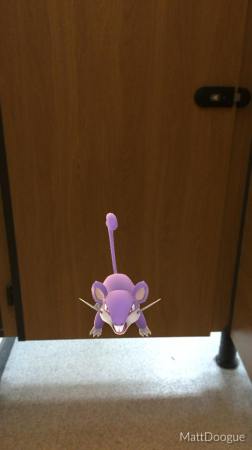 Matt has every right to be concerned, can’t even go to the Loo in peace! 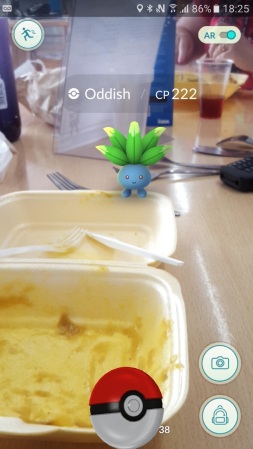 How to attract Oddish? Chips and curry! 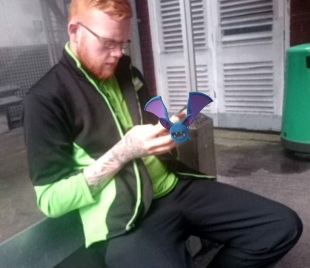 Simon shows of his new Smart-Zubat. Thanks to Scotty for this one! 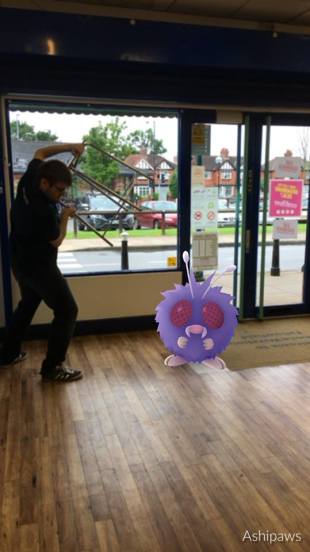 Nikki and Company show you how to get rid of unwanted bugs! 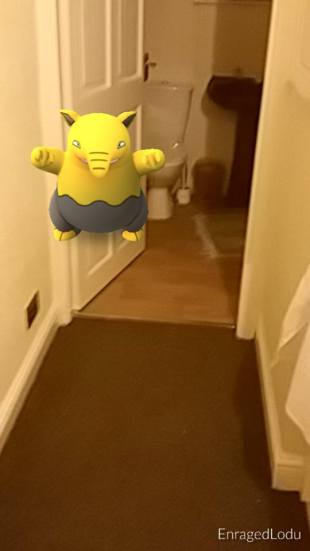 Drowzee tries to disguise himself as a door handle this time, well spotted, Lee! 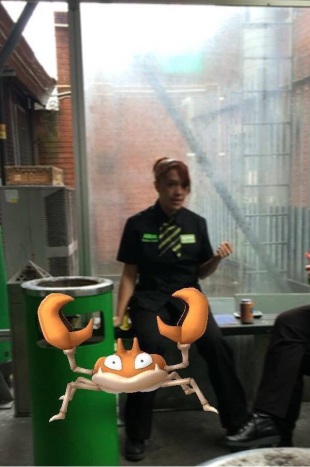 Krabby being a little inappropriate! Didn’t even buy her dinner either! 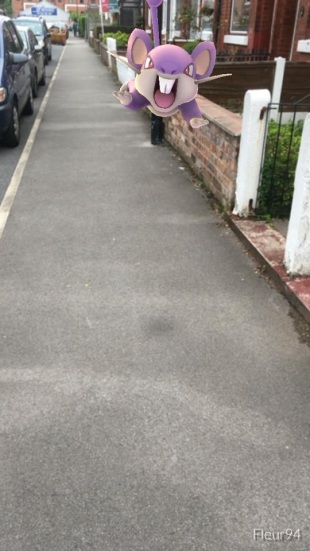 Koren took this snap, and I’d be terrified! Hope she had some super potions handy! 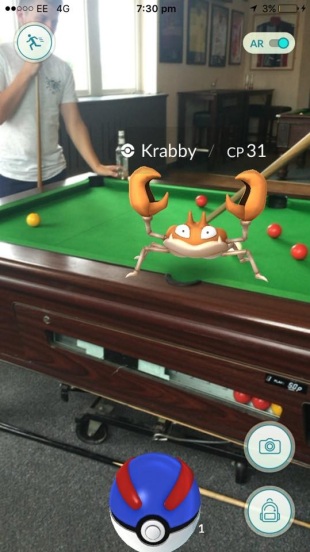 Deanna sends this one in, and Krabby’s at it again! Shall we call it a draw, then? 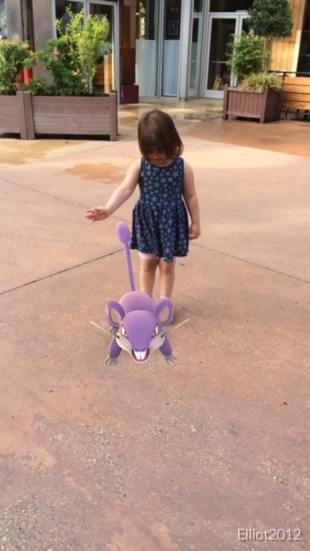 This is too cute, Sent in from Dean, and taken in Paris. Très bon! 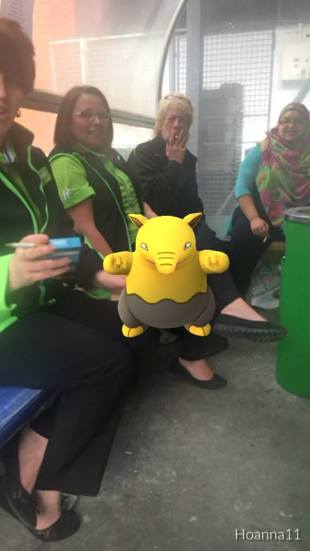 At this point I think he just likes photobombing. Drowzee invades a smoke break! 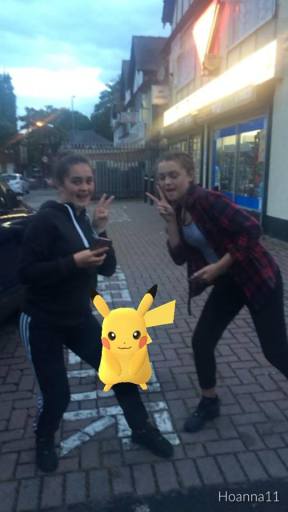 These ladies are turning Pokemon Snaps into an art form! 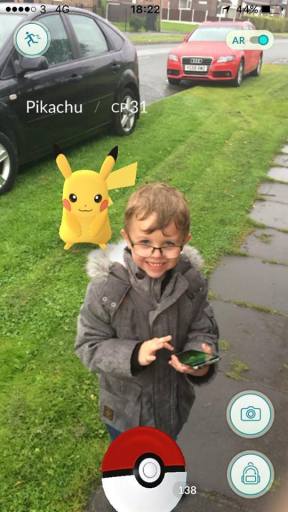 Another Pokemon sneaks up on this poor child. Thanks, Vickie! 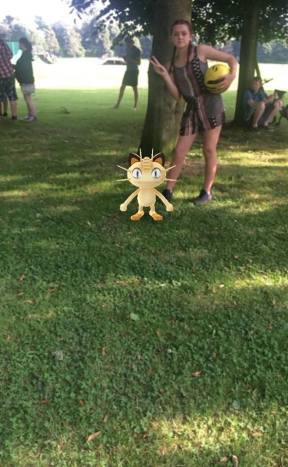 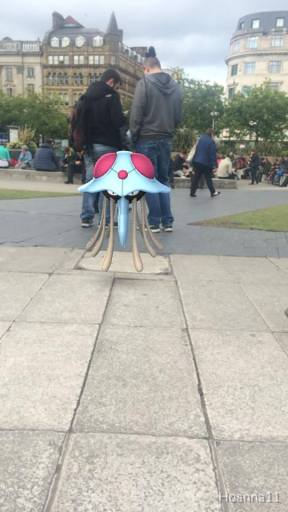 Squid attack in Manchester! Thanks for the warning, Joanne! 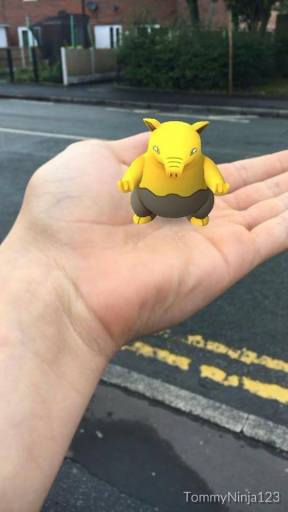 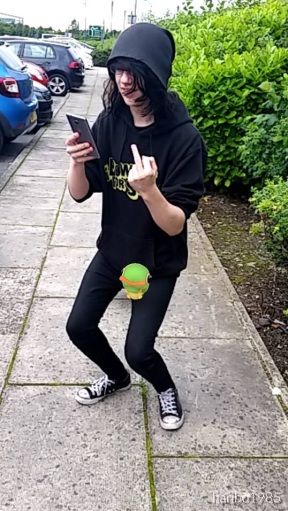 Chris sends this one in. And it’s Caterpie being dodgy this time! Look away, kids! 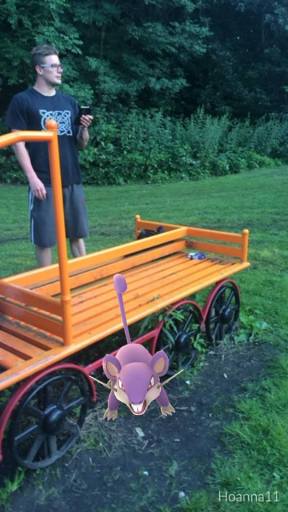 He just gets everywhere, doesn’t he! 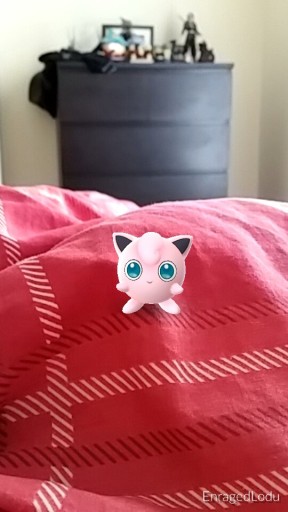 Jigglypuff – the perfect snuggle companion! He can sing you to sleep!
The winner is……drumroll please…….

I decided to go for this one.  The rarity of the Pokemon has to count, as I’ve never seen a Hitmonlee in the wild.  The placement is spot on, and the pose is straight out of the Pokemon cartoon!  I also love the screen effect.  Someone got lucky with the timing!

So congratulations to my good friend Joanne, as soon as this fella gets delivered he’s all yours!  (Or you can give it to the young lady in the pic, it’s your call haha!) 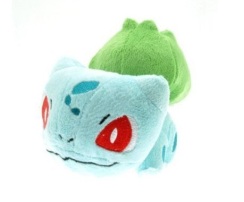 Once again, thanks to the people who contributed!  If you haven’t already, please click the follow buttons, share this around on social media and add me to your favourites.  It’s been a nice few days away for me, but we’ll be back to a regular posting schedule on Load/Error from now on!