I want to hate you, but I can’t look away!

Every time I see one of these lumbering over the horizon I roll my eyes. It was a cool concept at first, re-living your gaming past with new and sparkly HD graphics. But the idea snowballed, and now the market has been flooded with Remakes, Remasters, HD Editions, and “Definitive editions”.

If you’re old enough to have lived through the PS1’s generation, you’ll know about Resident Evil. It’s one of my all time favourite series, but the Playstation’s blocky graphics and incredibly awful voice acting circa 1996 haven’t aged well. Capcom went back to the drawing board with this game in 2002, adding extra game modes, areas, puzzles and weapons, as well as a much needed lick of paint! Take a look for yourself…

Make no mistake, Resi looked fresh again.  And it gave us some more backstory too!
This WAS a good example of a remake. The game needed a facelift, and there was enough new and different here to warrant a second purchase. However, the Remake would ITSELF be released as a HD Remaster on PS3,PS4, Xbox 360 and Xbox One in 2015. (With nothing new added this time around)  Can you see why I get angry at these things?!

A bad Example: The Last of Us

This one was painful. The last of Us came out in 2013, towards the end of the PS3’s life cycle. It looked beautiful, had an intriguing story and went on to claim countless “game of the year” awards (including mine!)

And then the remastered edition arrives on the brand new PS4, less than a year later. Now I’m quite a reasonable guy, I went through all the possible explanations: maybe they added a ton of new content? Nope, just the bog standard DLC. Maybe there was a massive leap in graphics and this warranted an update? No, there wasn’t. 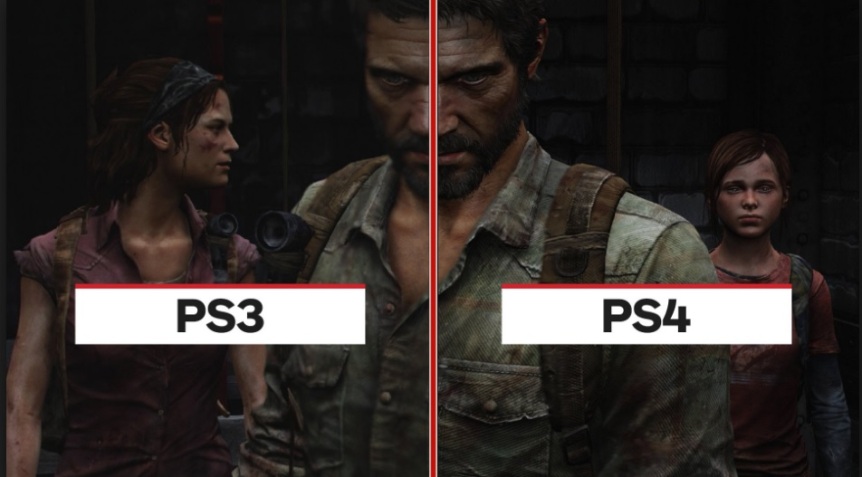 And we’re left with the one true answer: Sony were short of A+ games for their brand new console so they have Naughty Dog do a quick upgrade version of the Last of us, and stick it on shelves at full retail price.

It’s lazy, it’s greedy and it drives me MAD!

If these were isolated incidents, I wouldn’t be seething right now. But these things are everywhere. On the Wii, PS4, Xbox, PC…. you name it.  And for every good one, there are 10 needless/awful ones. Did we REALLY need an update to the original Gears of War?  Released only last generation on the 360, with 3 full sequels out already?  The answer is no, in my opinion. But it’s simpler and easier to make that, with its story and gameplay already mapped out neatly for you. As opposed rolling up your sleeves, investing in an idea and creating something new.

Just for fun, I’m going to sit here for 10 minutes and throw every Remake into a list. No cheating, no googling. You ready?

A true plague in my favourite pastime then? Not quite. There are a few success stories.

Rare Replay – collection of games by developer Rare, from the heady days of the ZX Spectrum, all the way up ’till the Xbox 360! All wrapped up in a great little package, with extras and unlockables to boot! 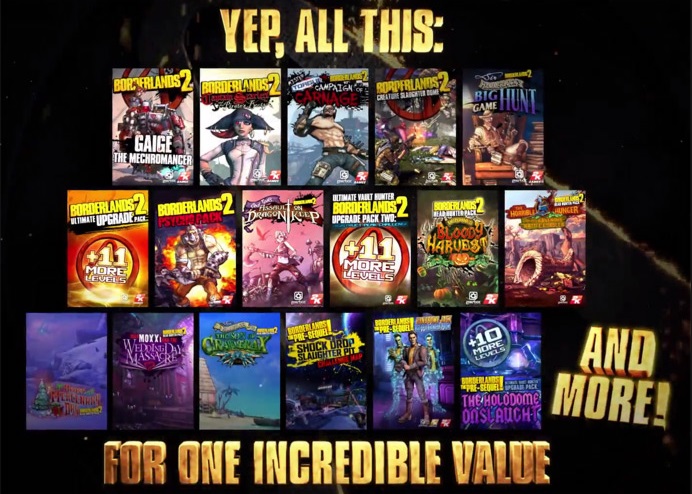 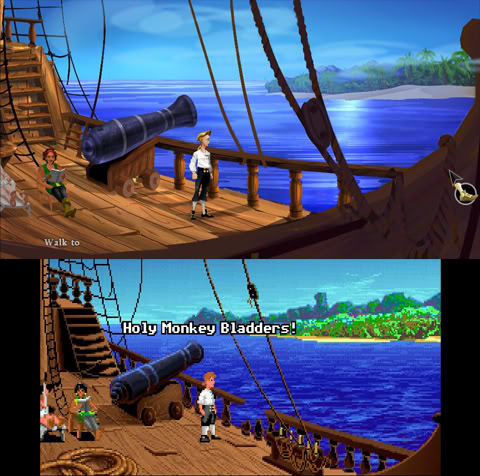 Monkey Island SE – Originally released for Amiga and PC, this remake eliminates the need for disk-swapping and brings Money Island’s brutal one-liners and lovable characters to a brand new audience at a budget price. The best feature? Tap the back button at any time and the game shrugs off it’s lush new visuals to reveal it’s original…. “vintage” graphics!

So, bottom line is:  this category of games is a minefield, son. You have to know which ones to step over and which ones to throw yourself at. I think that’s right, anyway!  Be wary of all these HD collections.  If you vote with your wallet, we might just see some new ideas instead of the old hat we’ve worn several times before.